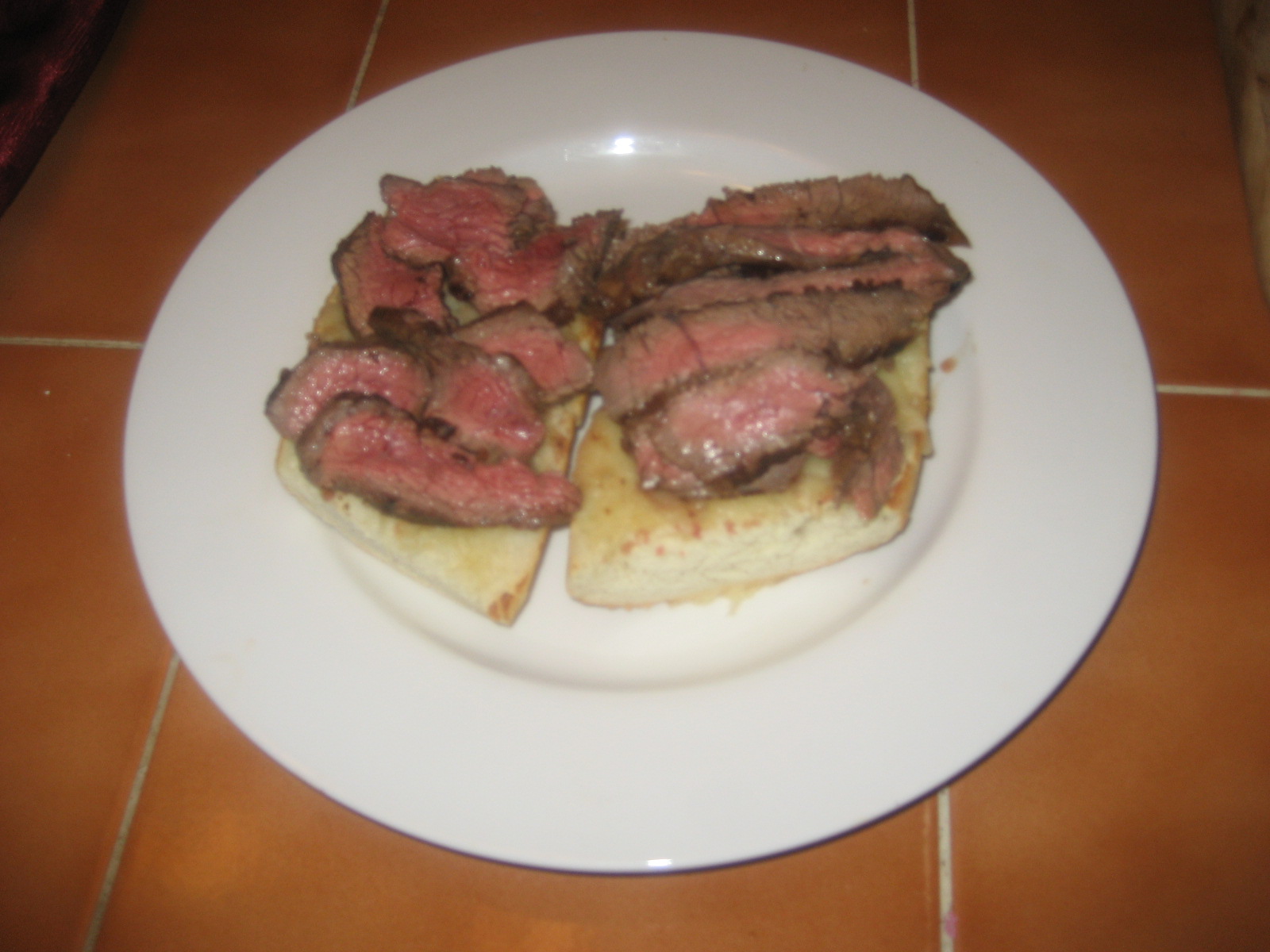 This is a variation of the classic Philly cheesesteak. On Long Island, where one-quarter of the population is of Italian ancestry, this dish is sometimes known as the Italian Stallion. 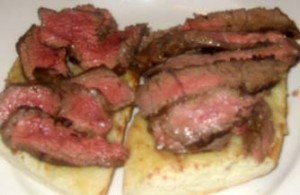 I (or you) will do this:
Preheat grill or pan.
Oil, salt and pepper your steak.
Cook steak.

While steak is cooking, prepare the garlic bread.

Slice bread in half lengthwise, but don’t cut all the way through.
Spread and toast lightly in a large pan.
Mix garlic with butter or oil and spread on bread.
Bake in the oven at 350 degrees F for 5 minutes.
Remove from oven and add mozzarella cheese to one side and the cheddar cheese to the other.
Return to oven for five minutes or until cheese is nicely melted.

Variations:
Add steak-enhancing sauteed mushroom and or onions, gravy, steak sauce, hot cherry peppers, oregano, or any other of your favorite steak-enhancing ingredients or condiments.

But do try to master the basic cheesesteak first!

A basic safety precaution:
When I cook steaks, I like to gently scrape the flesh first. The reason is perfringens. It’s a spore-forming bacterium found on meat and a common cause of food poisoning. It’s normally present on the outside of meat in harmless amounts. When left at ideal temperatures–between 70-120 degrees F–it multiplies. While I believe the meat I buy doesn’t have dangerous levels of perfringens, I like to scrape the outside just in case. 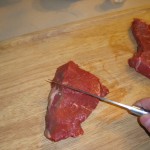 I like to scrape the beef gently to remove bone and bacteria. 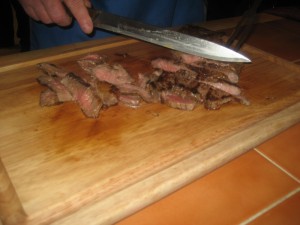 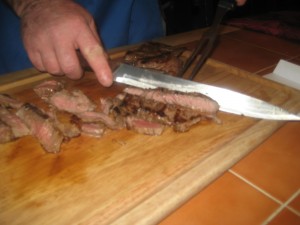 Slice steak across the grain. 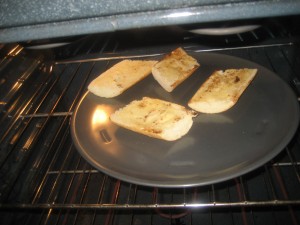 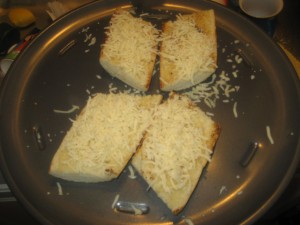 Add cheese and toast some more. 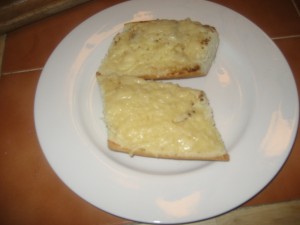 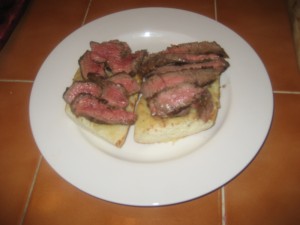